(Audience welcome to come and go)

The work of heaven or hell: to somehow
become aware of a howling in the motors.
-- (Clark Coolidge, The Crystal Text, 54)

As the solstice approaches, come in out of the wind and join us to listen to Clark Coolidge's compelling booklength poem The Crystal Text, read aloud by a dozen local writers.

"A colorless quartz crystal sits upon the writer's desk, still and irreducible as a death's head in St. Jerome's study or Cezanne's studio. But what would the crystal reveal, if it could speak? How might the issue of its presence be brought into language? The poet of The Crystal Text, by means of a rare stamina of attention and listening vulnerability, seeks to become the medium of the crystal's transmissions."


I began to rise but I could not leave.
Beginning to see, one leaves the world. Taking it
up again and again until the sheets are dark.
An inlet of the sea sharded with sails. The sun
coming up over a blinking multitude, specialty humans
provided for this purpose alone. I am the one who
stays up to see that they do not leave.
Cardboard hinterlands of the drained liquid trace.
Grey distances of chimney and low neighborhood.
Wet snap. (85)


As luck would have it the sun was charring
the fiberglass tufts in the yard even from such a great distance.
A granite shithouse exploded in a cloud of bee odor.
The very earth was tacked to my wall, a ball of
limpid snails. Glass, blown firm, and then the
waterfall in the photograph it reminds me of.
Prose does not care about sharps and flats. It
continues to accumulate in the straightest of language
keys. I put back on my cap, it says. I lost my things
in the race for the car, it says. I am
not interested in the language of my past (my trail),
it says. It says these things and then loses
my interest. Two blanks, curling in the same sun. (87)


Awakened by a bang
or sudden rent of room
a collision of the thinking with
where the thought is not
or negative moon spot
or release of the chimney from
behind the pie tin, night
and left partial, face erased
prepositions for furniture (115)

I have the last of the Late Winter 30 in Little Red Leaves 4 and I'm in great company, including my co-editor Sarah Mangold. Please go read!
at 12:32 PM 1 comment:

Not always great things, or even good things, but new things.

Whatever code we hack, be it programming language, poetic language, math or music, curves or colourings, we create the possibility of new things entering the world. Not always great things, or even good things, but new things.


From A HACKER MANIFESTO by MCKENZIE WARK
at 9:42 AM No comments:

The name of this intersection is frost 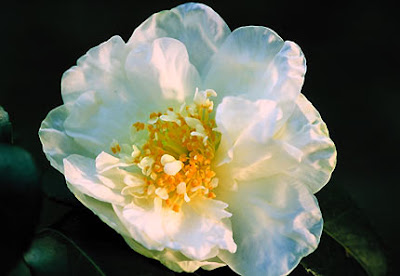 Shearsman Books will be publishing my manuscript containing Inverse and the Late Winter 30 in Spring 2010.
at 12:50 PM 2 comments:


Anne Gorrick's first book, Kyotologic, was published in 2008 by Shearsman Books. Collaborating with artist Cynthia Winika, she produced a limited edition artist's book, "Swans, the ice," she said, with grants through the Women's Studio Workshop in Rosendale, NY, and the New York Foundation for the Arts. She also curates the reading series Cadmium Text, which focuses on innovative writing in and around the Hudson Valley.

Deborah Woodard has published three chapbooks of poetry, The Orphan Conducts the Dovehouse Orchestra (Bear Star Press), The Book of Riddles (Boxcar Press), and Hunter Mnemonics (hemel press). Her first full-length collection, Plato's Bad Horse, was published by Bear Star in 2006. The Dragonfly, her translation (with Giuseppe Leporace) of the poetry of Amelia Rosselli, was just published by Chelsea Editions. She teaches at the Richard Hugo House, a community literary center in Seattle.


In March:
not Celadon or Rain


In the alm mill

in the method-cell, a meal
bella, mine

through the name mill
and out its sleeve

When I was little, I didn't understand why wax paper rustling in some corner
made me fix upon the town like a glint of water or the muffled barking of a dog.
It was quiet here, a silence blunt and practical that tied its laces. And Al's
was no name but a joke the trapper painted across the cover of the well.
I found tin cans and a pair of antlers that almost brought back the tang of your shot,
the monotony of its tuft of smoke. When we got in the clear, we'd reach the cabin.
I imagined red plaid beckoning us forward, milkweed's limbs akimbo.
But I didn't understand why Jerusalem was just a few miles up the road,
or why the town was weaker than its well. So I drew down a flap of the grey sky.
Behind barred windows hunters rested quietly, made for themselves
a different stillness: the woods could never close over these few. I strained
my likeness from them — peeling wax paper from a corner pocked with leave —
the way I strained to protect Jerusalem as I thought through the town.
When I was little, I didn't understand and stood like the cabin unlaced and cold.
A sheet of wax paper rustled inside the cover of the well. I tied my laces.

Deborah Woodard
at 4:19 PM No comments:

Laynie Brown interviewed me for the Les Figues Blog here It isn't the most flattering video, ALAS. But it was interesting and fun to do.
at 11:46 AM No comments:

Friday, May 8, 2009, 7 p.m.
Antigone Book store, 411 North 4th Avenue, 792-3715 or lizaporter@aol.com, 891-9707
Featured readers: Maryrose Larkin and Arpine Konyalian Grenier
Open microphone.
Maryrose Larkin lives in Portland, where she works as a freelance researcher. She is the author of Inverse (nine muses books), Whimsy Daybook 2007 (FLASH+CARD), and The Book of Ocean (i.e. press). Maryrose is one of the organizers of Spare Room, and is co-editor, with Sarah Mangold, of FLASH+CARD, a chapbook and ephemera poetry press. She is currently working on a manuscript called Frost Broken Up, and a neo-benshi based on Dreyer's The Passion of Joan of Arc.
at 5:32 PM No comments:

Reading in DC and In New York 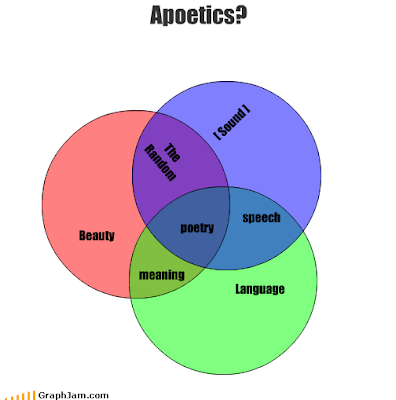 Spare Room organizers past and present (with friends) will read

Gallery Homeland
(at the Ford Building)

> From Helen Adam to Louis Zukofsky, from Futurism to Personism, from Hiroshima to Blackhawk Island, from a Polish count to a Peruvian communist, from Dada to MoMA, from prisoners of war to secret agents, from mimeographers to bloggers . . . come hear a small but representative slice of the extraordinary range of poetries practiced in the past century!

Endi's a really terrific poet! You should come


Endi Bogue Hartigan will be reading from her first book, One Sun Storm, and from a new manuscript. One Sun Storm was selected for the 2008 Colorado Prize for Poetry by Martha Ronk, and was released in November from the Center for Literary Publishing. Her work has recently appeared or is forthcoming in Chicago Review, Free Verse, TinFish, Gulf Coast, Pleiades, and Quarterly West. Endi edited and cofounded, with her husband poet Patrick Hartigan, Spectaculum, a magazine that was devoted to long poems, series, and projects best presented at length. She lives in Portland, with Patrick and their son Jackson.


Maryrose Larkin lives in Portland, where she works as a freelance researcher. She is the author of Inverse (nine muses books), Whimsy Daybook 2007 (FLASH+CARD), and The Book of Ocean (i.e. press). Her work can also be found in FO A RM, Insurance, Bird Dog, Columbia Poetry Review, and Washington Review. Maryrose is one of the organizers of Spare Room, and is coeditor, with Sarah Mangold, of FLASH+CARD, a chapbook and ephemera poetry press.

The question of change
is a question of what we can afford to continue.
A series of snapping points or rips.
The lake is a question
of what the mountain can take or not.
The chorus afforded blue but barely.
The chorus of blue sang out of thin voices in oxygen-thin air.
The blue vibrated electrons in water and absorbed
what was not turned back.
We turned our backs on the war.
The chorus of blue tilted our eyes, and filterering, taught us to filter,
but out what?
The chorus of blue held itself up, a mirror of itself, fanatic and fantastic.
Abstract blue--a new coin--took the center
through, through.
We turned our backs on the lake.
A series of snapping points or rips.
The chorus filtered out disturbance, filtered out detail and violence
and observance.
Tilt, shine, tilt. . . .
what did we shed again, and why?
A little girl went back sobbing
who had to leave the clearest sky.

his face compare to string notation

logic
required and where

The Identification of Ghosts

The Book of Ocean at Amazon

Read Some of My Work Online Here